Starting from a scripted model description (see MIMS), mi_faust compiles a physical model into FAUST code. It handles this by generating routing functions between all the masses and all the interactions in the model.

Head over to the FAUST community page to see examples of a series of instruments created in mi_faust, and available as web-apps !

Learn about the very basics of mass-interaction applied in Faust : Online tutorial

Extract from the Faust Physical Modeling Workshop (1st of february 2021). 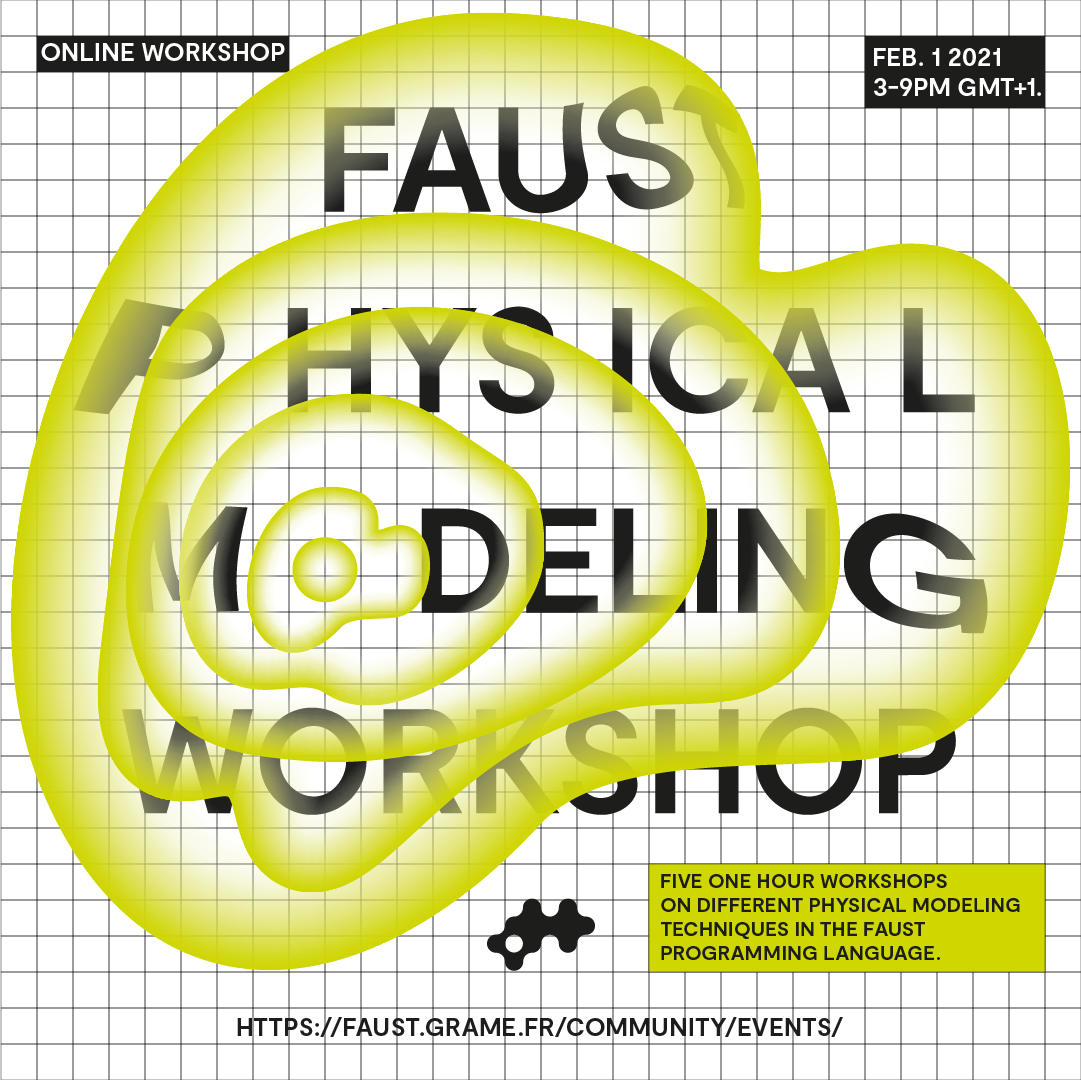 Faust has been used for the physical modeling of musical instruments for many years now. Different tools have been developed recently to address the needs of various modeling techniques (e.g., finite difference scheme, waveguides, mass interaction, etc.). The goal of this one day workshop is to provide a series of interactive one-hour tutorials on these tools as well as some background on their related modeling techniques.

This workshop proposes an introduction to mass-interaction (sometimes referred to as mass-spring) modelling for sound synthesis in the Faust environment. After a brief historic introduction to this field, we will give a hands on tutorial on the mi_faust library, which allows simulating modular physical constructions in Faust, as well as online model scripting tools that allow for efficient model design and code generation. We will conclude with ongoing developments and perspectives, in particular regarding performance issues, possible extensions to 3-DoF physics, and the importance of modelling frameworks that allow for a creative approach to physical model design.

On Github
Within Faust IDE

Built in FAUST, compatible with OsX, Linux and Window systems